Dramatic, elemental, wild. Thalia Haven is set on a private 130-acre wooded peninsula surrounded by the crystal-blue waters of renowned Great Oyster Bay. Set on five kilometres of secluded coastline including your own exclusive golden-sand beach, Thalia Haven invites you to awake to the sound of the sea, as rays from the rising sun play on the granite Hazards of Freycinet.

More than just you?

Thalia offers four separate buildings sleeping up to 8 people. You’ll find ample space for your group to cook, eat, and play together. The main building has space for a crowd, with huge open fireplaces in the dining and living rooms. The arrangement of bedroom pavilions around the central courtyard means there is plenty of space to be together – or to be apart.

The living room is stocked with games, puzzles, paints, yoga mats. And you are ideally located to take advantage of all the East Coast offers – Wineglass Bay, Freycinet, Douglas-Apsley, and Maria Island are pleasant day trips away from Thalia.

Thalia was a figure in Greek mythology. One of the three Graces, Thalia was an attendant of Aphrodite, Greek goddess of love. Thalia was also one of the nine Muses. Often called The Blooming One, Thalia is associated with the flourishing, bountiful aspects of Nature. So it is fitting that Thalia’s owners have coaxed a vibrant garden out of the rocks surrounding the house, as well as a 1,000-tree olive grove!

NEW IN THE LUXURY TRAVEL COLLECTION 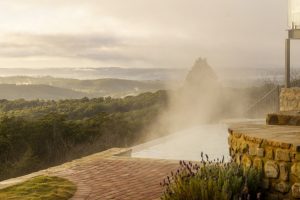 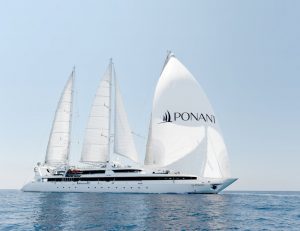 “A journey of a thousand miles begins with a sim

We use cookies on our website to give you the most relevant experience by remembering your preferences and repeat visits. By clicking “Accept All”, you consent to the use of ALL the cookies. However, you may visit "Cookie Settings" to provide a controlled consent.
Cookie SettingsAccept All
Manage consent

This website uses cookies to improve your experience while you navigate through the website. Out of these, the cookies that are categorized as necessary are stored on your browser as they are essential for the working of basic functionalities of the website. We also use third-party cookies that help us analyze and understand how you use this website. These cookies will be stored in your browser only with your consent. You also have the option to opt-out of these cookies. But opting out of some of these cookies may affect your browsing experience.
Necessary Always Enabled
Necessary cookies are absolutely essential for the website to function properly. These cookies ensure basic functionalities and security features of the website, anonymously.
Functional
Functional cookies help to perform certain functionalities like sharing the content of the website on social media platforms, collect feedbacks, and other third-party features.
Performance
Performance cookies are used to understand and analyze the key performance indexes of the website which helps in delivering a better user experience for the visitors.
Analytics
Analytical cookies are used to understand how visitors interact with the website. These cookies help provide information on metrics the number of visitors, bounce rate, traffic source, etc.
Advertisement
Advertisement cookies are used to provide visitors with relevant ads and marketing campaigns. These cookies track visitors across websites and collect information to provide customized ads.
Others
Other uncategorized cookies are those that are being analyzed and have not been classified into a category as yet.
SAVE & ACCEPT